Where to watch ONE Esports Singapore Major 2021?

We are talking about the most important ONE Esports Singapore Major 2021, the schedule has not yet been announced, but approximate matches are already known.

WildCard stage runs from March 27 to March 28, 6 teams will play according to the single elimination system, all matches are in the best of 2. The best 2 teams will advance to the group stage, the other 2 will be eliminated. 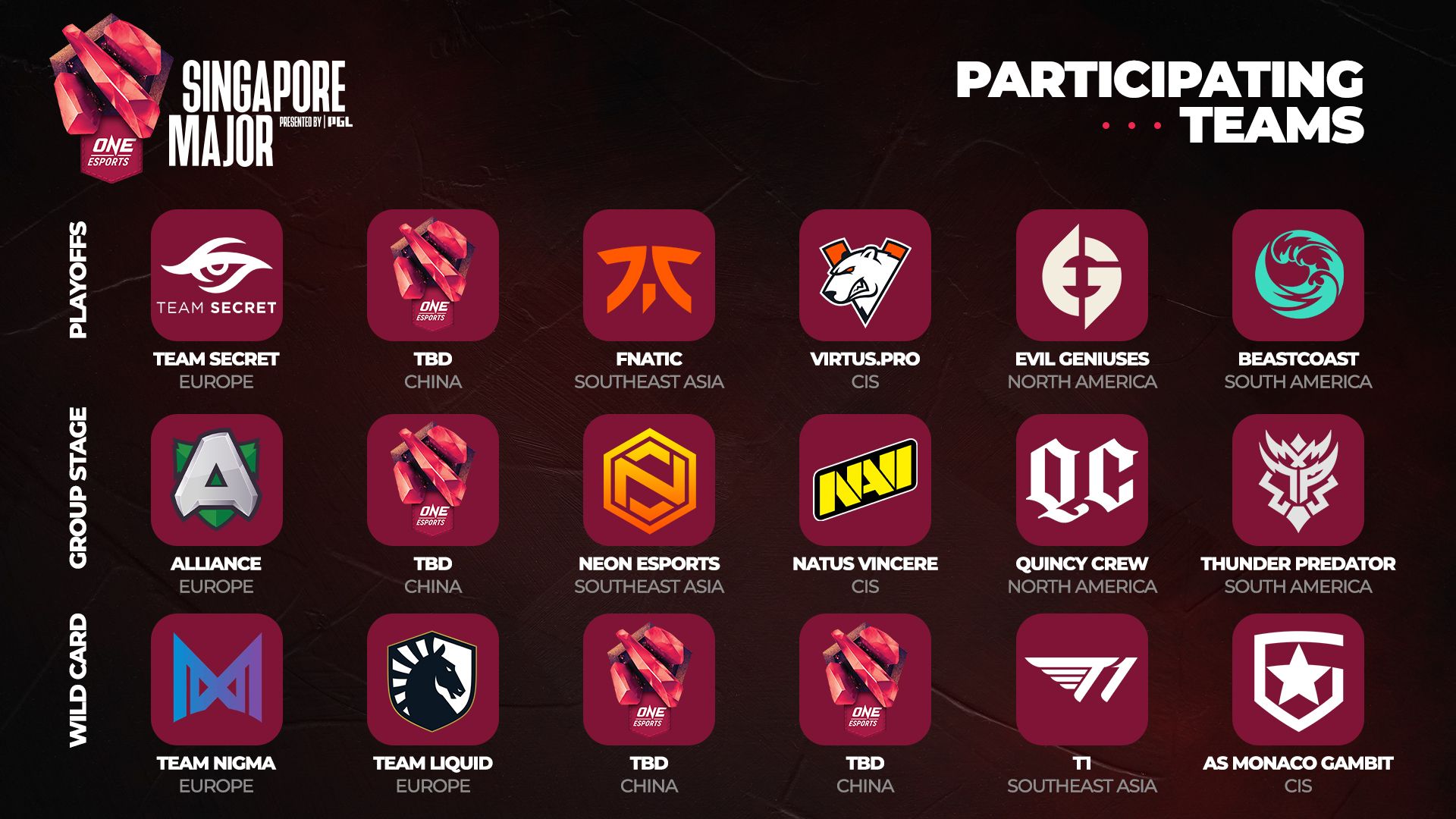 The group stage will run from March 29 to March 30. 8 teams in a round-robin system, all matches are in the format best of 2, the best 2 teams advance to the upper bracket of the playoffs, places 3-6 in the lower bracket. 7th-8th place of departure!

The playoffs will be from March 31 to April 4, the system is double elimination, matches are best of 3, and the grand final is best of 5.

The tournament ONE Esports Singapore Major 2021 will run from March 27 to April 4, the prize pool is $500,000 and 2700 DPC points. This championship is being held on LAN, this is the first time since the outbreak of the COVID-19 coronavirus pandemic.