Virtus.pro are the champions of cs_summit 7

Virtus.pro defeated fnatic 2:0 in maps and became champions at cs_summit 7. This is the third championship in a row where VP celebrates victory. They previously won Flashpoint Season 2 and DreamHack Open December at the end of 2020.

It is important to note that Virtus.pro did not lose a single map in the tournament. They came to the championship after 10 victory maps. In the group, they defeated Ninjas in Pajamas and FURIA Esports, and in the playoffs they dealt with NiP again, beat mousesports and proved to be stronger than fnatic. 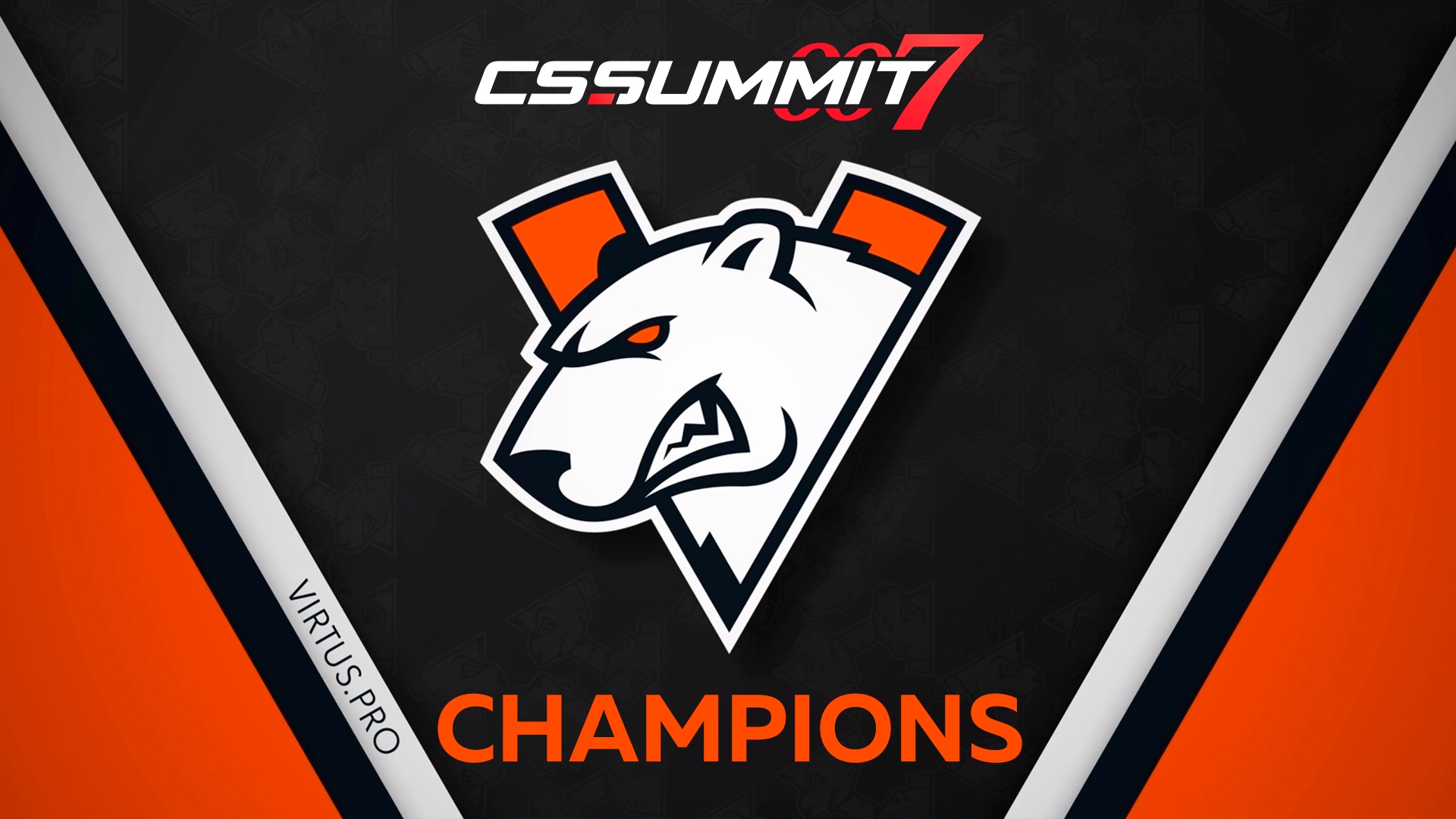 Jami Jame Ali was recognized as the best player of the championship, in the final he had a K/D rating on the first map of 1.29, and on the second 1.08. On average, the tournament was successful for him - his performance for the championship is 1.31. 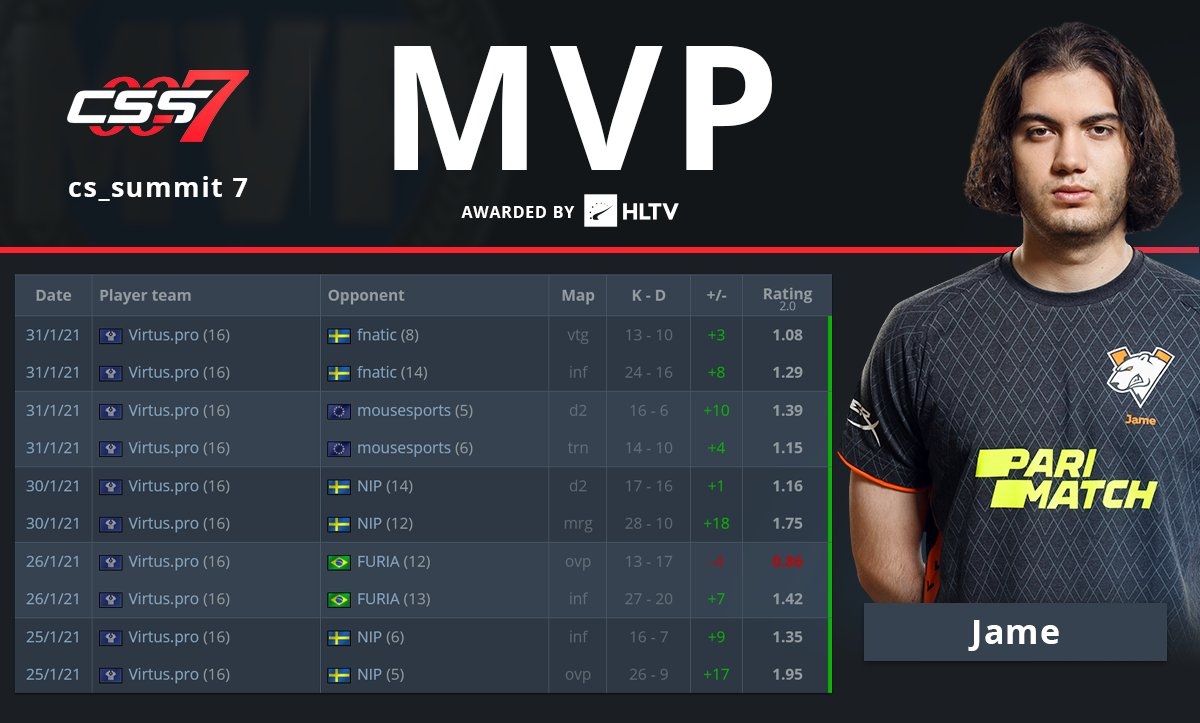 This is the second MVP award for Jame, the first was in 2019 at BLAST Pro Series Moscow, when he was still playing under the AVANGAR tag.

Distribution of the prize fund on cs_summit 7