home / news / The incredible adventure of a Russian legionnaire in Portugal
April 14th, 2021

The incredible adventure of a Russian legionnaire in Portugal

Our editorial team managed to interview Semyon Stepa Stepanov. He is the only Russian player to compete on the Portuguese CS:GO scene. In February 2021 Semyon almost made it to the FPL, finishing third in the FPL-C Leaderboard and receiving $500 as a reward. In the conversation we touched on some of the following topics:

Hi, can you start by telling us a little about yourself?

Hi, my name is Semyon. I'm currently 18 years old, living in Portugal for 9 years now. I play for Portuguese teams or just FPL-C.

Stepa at the lan event

Are you studying now and where do you plan to go after school?

I'm currently finishing twelfth grade. After graduation, I want to give myself a year to play CS, and then I'll see what comes out of it.

Can you tell us about how you learnt Portuguese?

How did you get to know Counter-Strike?

When I lived in Russia, I sometimes played CS 1.6. I got into CS:GO for the first time in the company of a friend of mine, I was 12 at the time. As time went on, I took a liking to the game and started to devote more time to it. Then went my first little victory, namely Rank of Global Elite, followed by 10 LVL Faceit and other achievements.

What kind of music do you prefer to listen to?

I think I listen to everything. I can't say that I'm a music lover. I like to listen to different remixes, pop, rap.

What are your favourite Portuguese dishes?

I like the meat. In the sense that everything here is very tasty. The food in Portugal is very good and inexpensive. You don't have to go to an expensive restaurant to get a good meal. I like seafood here which is quite popular among Portuguese people. The Portuguese have a very popular dish, Francesinha. I tried it, I didn't particularly like it.

What did you want to be as a child?

I wanted to be a dentist.

Have you ever been to any other countries? If so, which country did you like best?

It's quite a complicated question, I've just visited more touristy countries, e.g. Turkey, Italy. I don't seem to have liked any of the countries. As a resort area maybe, but not as a country.

When did you reach level ten on Faceit?

How did you get into the FPL-C?

After reaching the top ten, I had some attempts to get into this league. Before the school holidays, I set myself a goal to get into the FPL-C. I reached that goal in the first month of the holidays, in July 2019 to be exact.

Can you tell us about how you got into your first professional team?

My first and only team was the GTZ Bulls. It was a more or less serious organisation, we got a salary there. In FPL-C, I became friends with the Portuguese player Slaxx. He was then playing in the mix, which I also joined at the beginning of 2020.

What was the reason you left GTZ Bulls?

The main reason was the school. It became inconvenient for me to play praccs as the school was not in the morning, but in the afternoon and evening.

Were there any problems with the team's salary and what was it worth?

There has never been a problem with the salary. It was a small amount, now there is more, as far as I know. With that money you could buy something, like a nice new mouse. 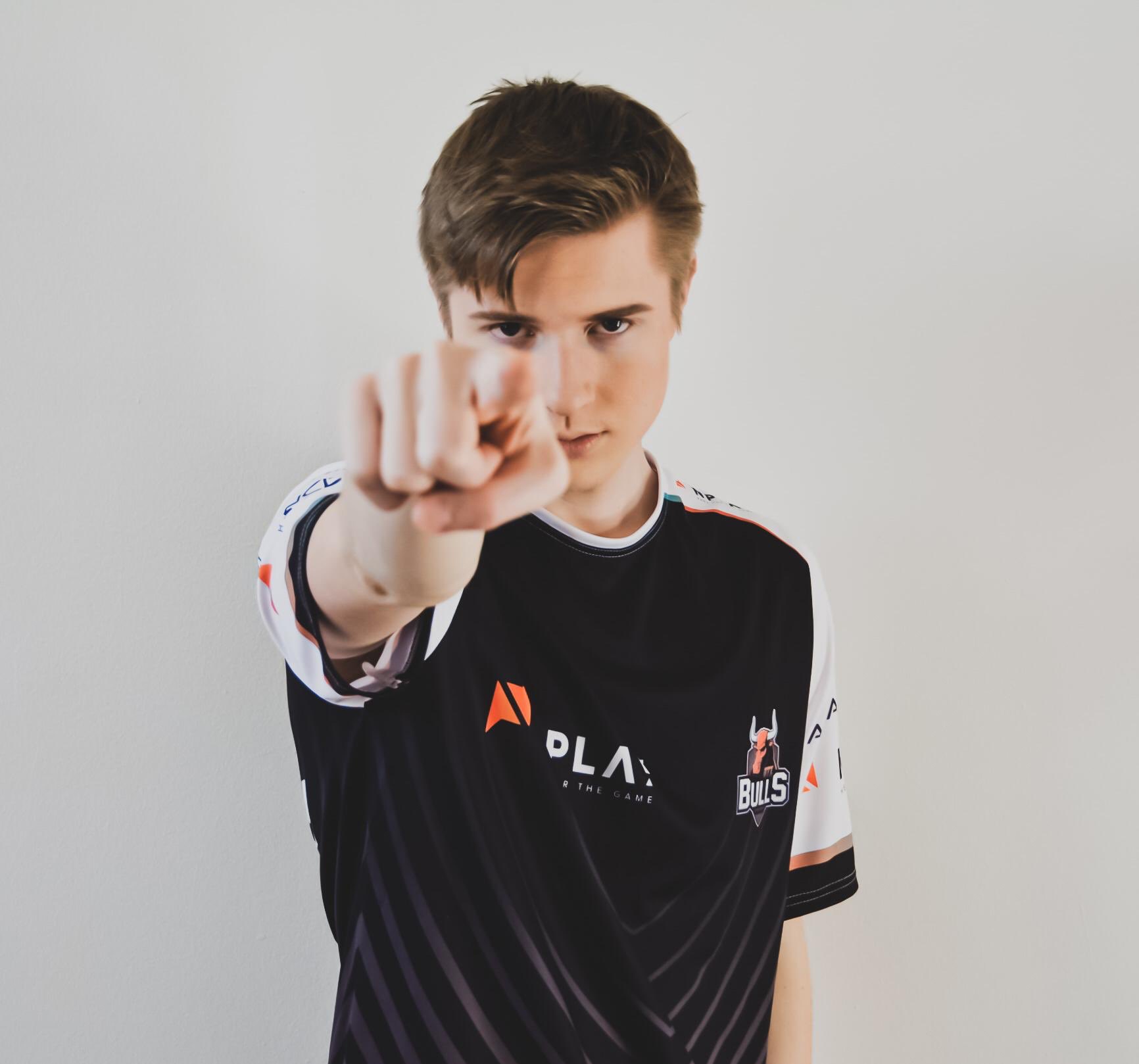 Stepa in a GTZ Bulls uniform

Have you been called to any CIS teams or mixes?

I have played various qualifications in mixes of CIS players, but I have never received any offers from organisations.

Have you received any offers from Portuguese teams since leaving GTZ Bulls? European teams perhaps?

There have been offers from mid-sized Portuguese teams that I have no particular interest in. There were no interesting offers at all.

Which Portuguese team would you highlight at the moment? Apart from SAW, who have already climbed into the top 30.

It is very difficult to identify any teams, perhaps OFFSET and eXploit.

Can you think of any talented players from Portugal?

In general, I like all the players in the SAW team. I could highlight stadodo and MUTiRiS.

You are an AWP player yourself, which sniper demos would you recommend watching?

I liked watching the demos of syrsoN`a BIG player. I also liked the game of slaxz`a, who now plays for Sprout. The demos of the german players appeal to me the most.

What do you think of Valorant? Have you tried to achieve anything in this game?

After I got the key to this game and played it, I realised that I didn't like it. I had no motivation to play it. Maybe if I had played Valorant a little longer, I might have enjoyed it. Otherwise, the game frankly didn't work for me.

How do you train individually? Perhaps you have some interesting methods for training?

I've stopped warming up altogether now. I think the less you warm up, the more stable you are. Now I just play FPL-C, sometimes I might run on Deathmatch or Aim Botz.

What are your goals for the next six months?

I really want to get into the FPL and I think I have a good chance of achieving that goal. For now, it's difficult for me to do it before the end of school, as I have exams very soon. But again, I will keep trying.

When was your first LAN and how many lans have you been on?

My first lan-event was in 2017, it was a paid event and took place in a sports hall. There you had to pay for a table and also bring your own computers. There were about 200 people there. Then I got into a more serious luncheon mix. We got there by qualification and took second place, but I can't say exactly how much we won at the time.

Tell us about your last LAN, when did it take place?

There was an interesting lan in 2019 that was cut short by the pandemic. My last lan was LPCS 2020. It was stopped because of the coronavirus. We didn't get any place there. We got out of the group in first place and then the play-off stage of the tournament was cancelled. The organization was great, there was a lot of media activity. During the tournament we lived in a house which was rented for us by the organisers. There were quite a few serious Portuguese teams there like SAW, Giants, OFFSET and others. There were even a few spectators at the tournament, but mostly they were friends of the players. Again, entry was not closed, but there were a maximum of 30 people.

Moment of victory in the LPCS 2020 match

Tell us about your first big win from a Luncheon event and what did you spend it on?

No big winnings. I remember winning 500 euros in the Portuguese-Spanish league in the Faceit Iberian Pro League. It was my first big win, at which point I bought myself a RAM and a new hoover. Some of it I gave to my mum, some I spent on games or skins.

How do your parents feel about your hobby?

My hobby is treated positively.

Can you name your dream team consisting of Portuguese players?

Perhaps ideally SAW, but without any player. Again this is a tricky question, roughly the lineup would look like this: me, Snappy, Slaxx, dead and rafaxF. That's a roster I wouldn't mind playing with.

We have talked about the talented players from Portugal. Which young Portuguese players would you highlight?

I think I can name NOPEEJ, who plays for the OFFSET team. I can also highlight Snappy and Slaxx`a. Again, there are a lot of players, but I think they are very focused on the national scene.

Have you or your team ever been asked to make a rigged match fix?

Yes, there was such a thing. It was in 2019, it was the second division of some Portuguese league, but the match was on bookmakers. I can't reveal who that person was. At the time he offered to leak the match specifically to me and not the whole team. He was to bring the money straight to my house before the plum, offering $500. He was a man from cybersports.

Does anyone do this in Portugal?

I have also heard that Russian teams sometimes do this.

Your biggest mistake in life?

I don't think I've ever had a situation where I've made a mistake and regretted it. Everything goes according to plan.

What are your dreams outside of cybersport?

No particular dream, perhaps to invest in something in the future, to start my own business.

At the end of the interview, we can conclude. You can make your way to the professional level in CS:GO anywhere, even in a region foreign to you, the main thing is desire and persistence. Keep playing and go for your goal no matter what....