Nigma decided to send w33 to the bench, he will now be the sixth player.

The main achievement of w33, together with Nigma, is the second place at The International 2019, as well as the second line at EPICENTER: Major 2019. More recently, Nigma finished the first division in third place and made it to WildCard for ONE Esports Singapore Major 2021. There they performed extremely unsuccessfully , could not get to the group stage and finished their way in the Major, taking the 14-16th place. 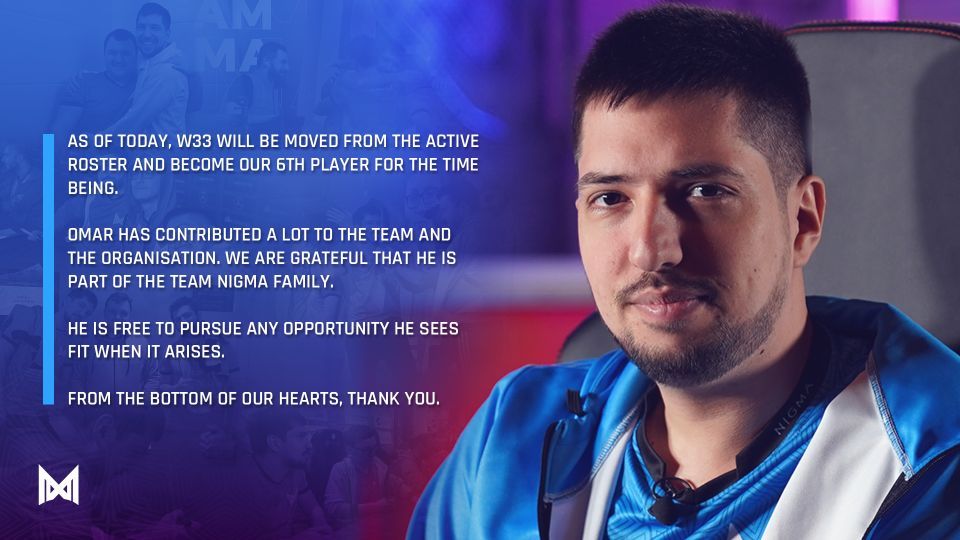 w33 ended up on the bench at Nigma

There are rumors that SumaiL will become the fifth in Nigma, if this is true, then already on April 13 in the European first division we will see Nigma in a renewed roster.