"Moving" into oblivion - the history of EnVy 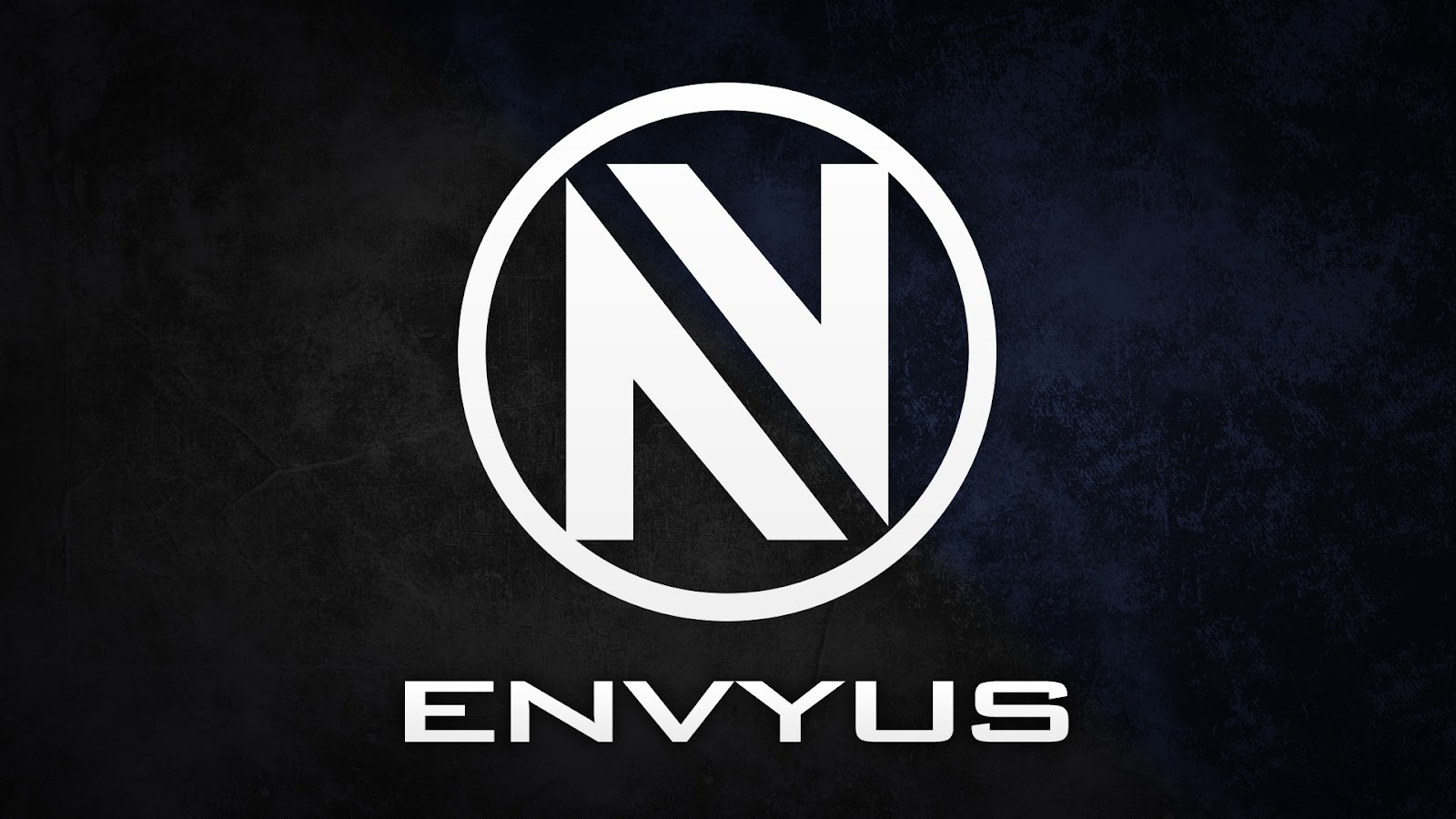 Recently, the EnVy organization announced that it is putting the entire squad on a transfer. At the same time, the management said that a return to discipline is possible and for this they have a budget.

You can read more about this and other transfers here: "TRANSFER TUESDAY"

And today we will go through the history of the organization of EnVy in CS and try to understand: "Why did a team with a big name on the competitive scene suddenly disappear from the radar, and now it is completely leaving the discipline for a while?" 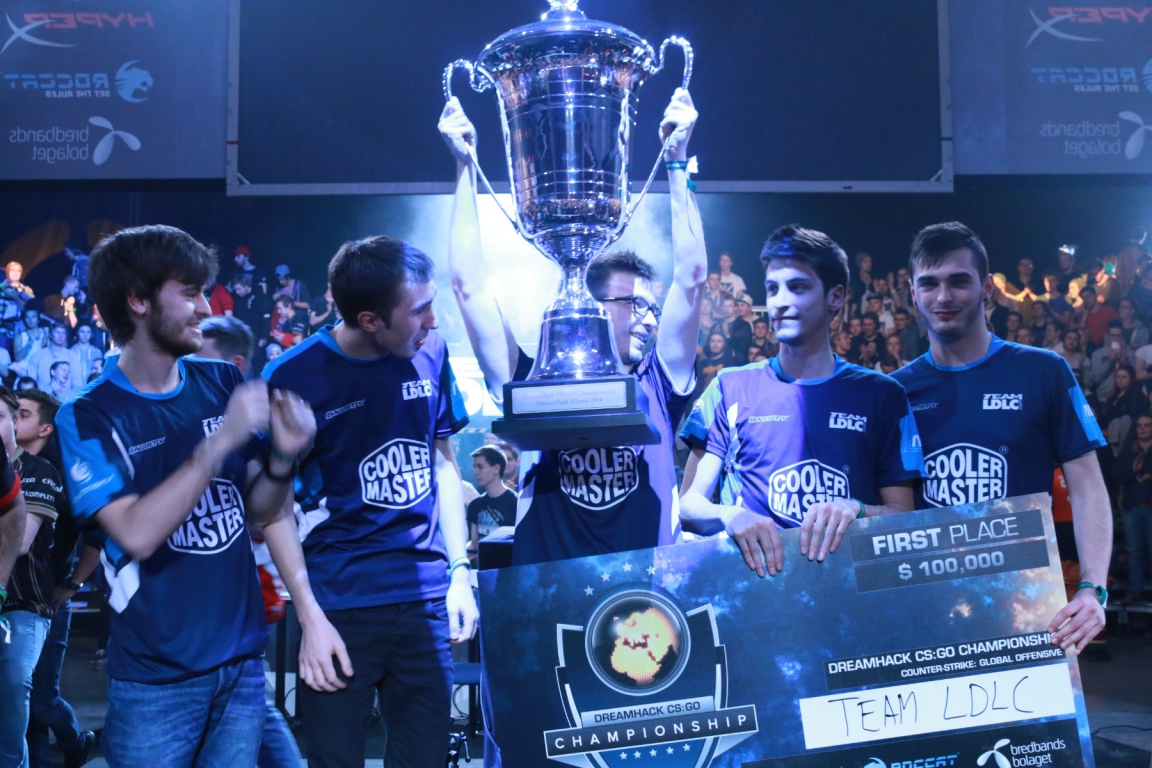 The history of EnVy began on February 1, 2015. On that day, the entire community was shocked by the news that LDLC was parting with its roster, which had won the MLG X Games Aspen Invitational 10 days ago, beating NiP in the final. Also, remember that LDLC were the reigning champions of the Major, and imagine the resonance caused by this news.

The reason for leaving the organization was more favorable terms of cooperation that were offered to the EnVy lineup.

French talents performed well: 3-4 place in the Major, 1st places in tournaments and decent performances along with the giants of the scene such as Fnatic and NiP. Nevertheless, it often turned out that the Swedes remained inaccessible.

In mid-July of the same year, teams EnVy and Titan exchanged players in hopes of a change. As a result of the reshuffle, SmithZz and shox left the team, and kennyS and apEX took their place:

For EnVy, this reshuffle was much more beneficial than for Titan. The new roster finished second in the second Major of the year and won third. 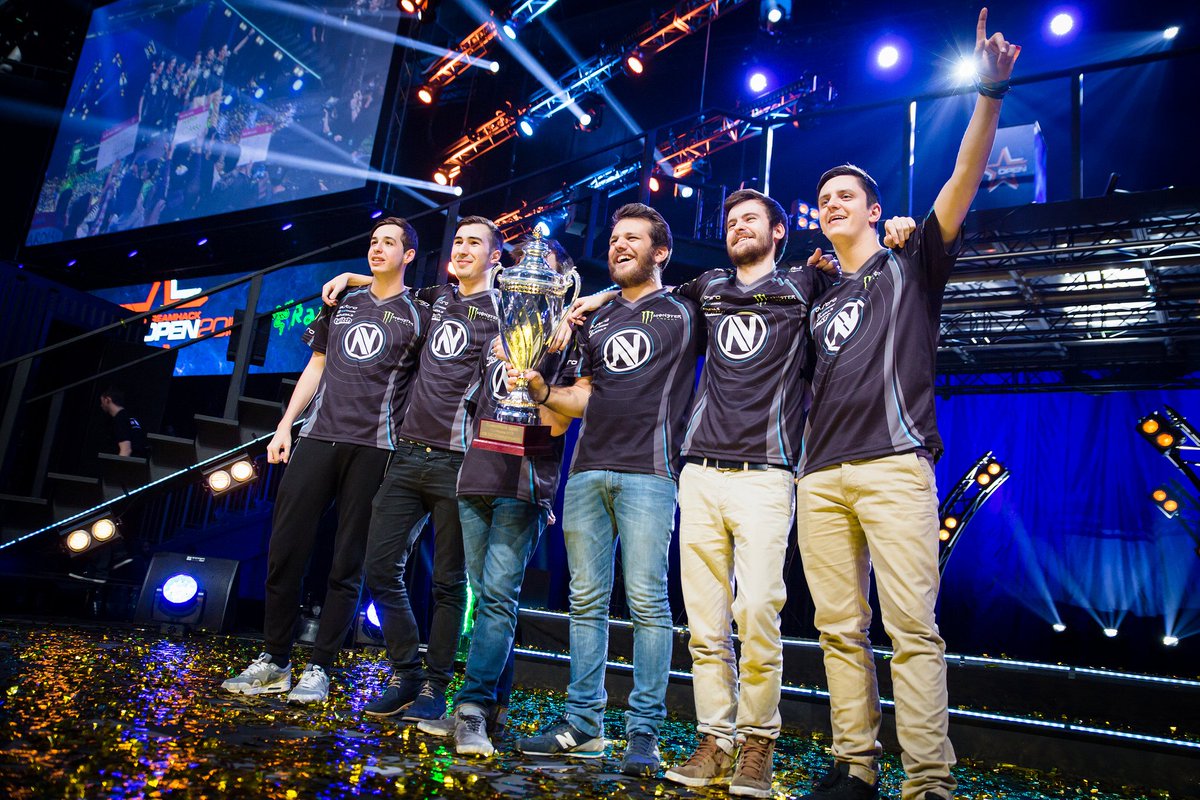 For a while, the French became a thunderbolt of LAN tournaments, while online still had problems, but EnVy spent the rest of the year very well, earning $337000 since the reshuffle.

The guys started 2016 well. Maniac joined the team as a coach. In January and early February alone, the team earned $112500, but then something went wrong. The group stage elimination at IEM X made them look for problems in the lineup and the game, and deciding that “Kio was the problem”, EnVy kicked kioShiMa in the hope of a change. The young talent DEVIL was taken for the vacant place in the roster.

As it soon turned out, Fabien was far from the problem. 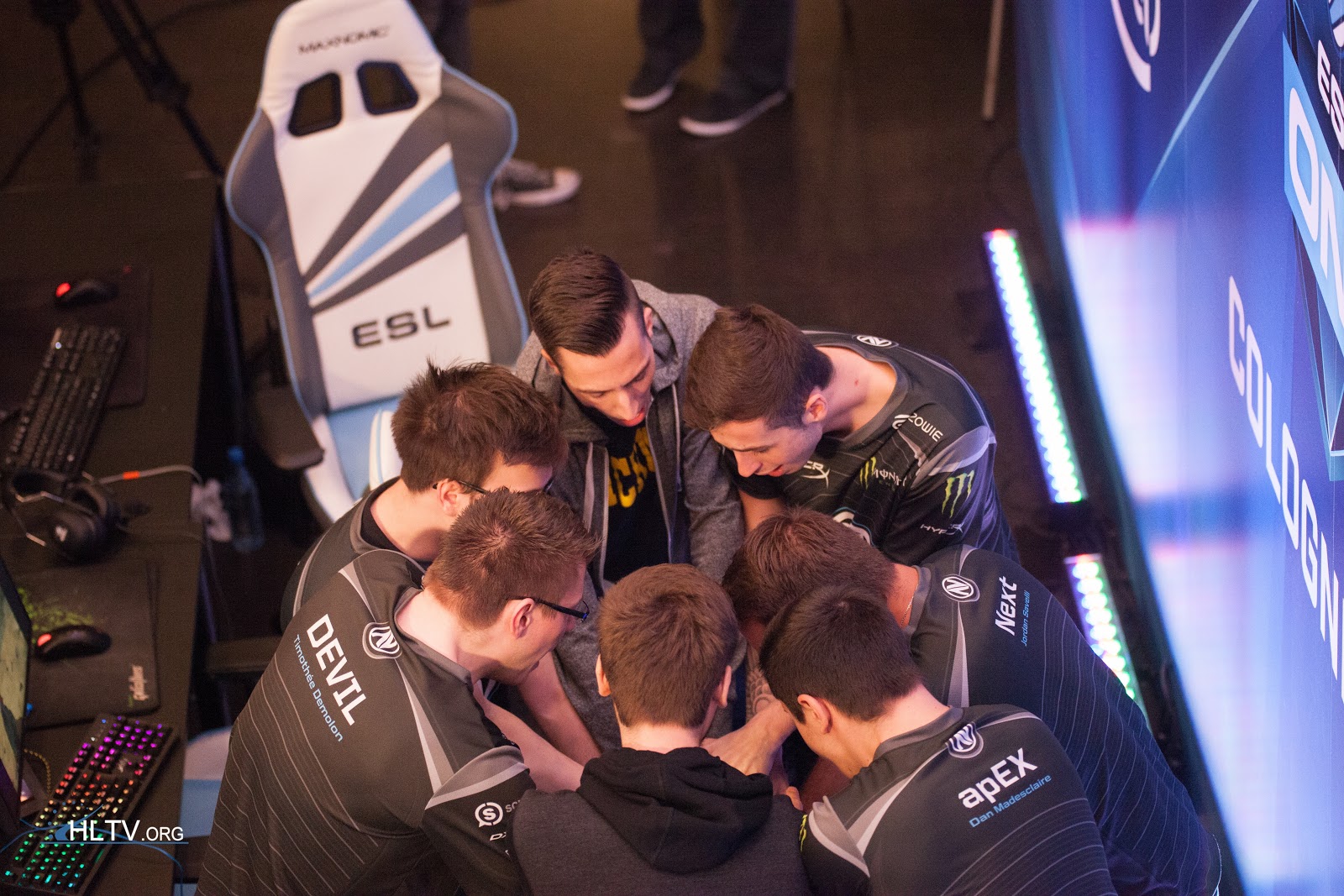 The team failed miserably in both majors of the year, taking the last places in them, and Maniac left the team in June, planning to resume his playing career.

In the second half of 2016, the team tried to play together. DEVIL was getting in shape. At the very beginning of the game for EnVy, he showed weak results, and, as many said at the time, he was pulling the team to the bottom. But soon the guy began to show a good personal game. Although the French did not return to their former greatness, they were able to win the qualifiers for WESG and Gfinity Invitational.

Yes, this is just an echo of the team, which in 2015 did not rank below second place in the majors, but not bad for the current state of affairs. However, the management made, for many, a very strange decision. EnVy said goodbye to DEVIL and took SIXER:

However, this replacement did not bear fruit, but on the contrary. The structure of the game, which they created together with DEVIL, disappeared and the team was “lost” again. At the very beginning of 2017, the team was able to win WESG, earning $ 800,000, but they failed to build on their success and two weeks later they failed in the Major, taking 9-11 places.

On February 3, 2017, three players left EnVy for G2 at once: NBK, kennyS and apEX, and RpK and ScreaM moved from G2 to EnVy. Also, xms, devoduvek and maLeK join the team as a coach:

Yes, it was EnVy who were the first to register 6 players in their roster, but not for long. After an unsuccessful qualification for IEM XI, devoduvek goes intoactive and the team continues to perform without him.

The roster shows itself well in the qualifiers, but at the tournaments themselves they cannot withstand the competition even against tier-2 teams. The team is no longer profitable, but the management believes that they will be able to play and give the squad a year to realize their potential. 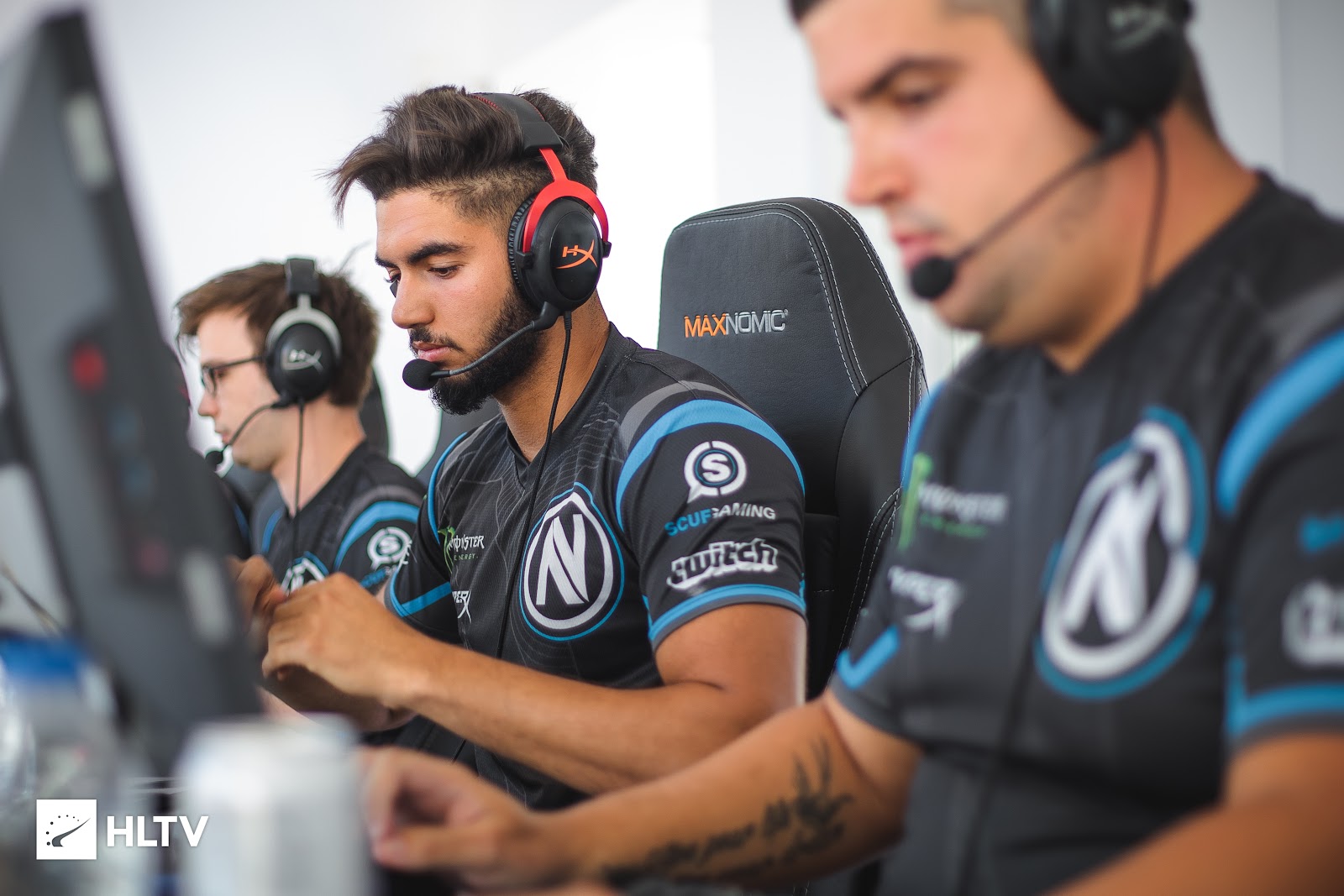 9-12 place is now familiar for EnVy. You can forget about the past claims to big trophies.

“We could not accept defeat. And where did it take you? Back to me."

More than ever, this quote fits kioShiMa's return to EnVy in early 2018.xms and SIXER were kicked, and Fabiana and hAdji took their place.

However, even Fabian, who raised FaZe Clan, was powerless. The team was rolling into the abyss. It was not possible to repeat the success of last year at WESG, to get in shape too. 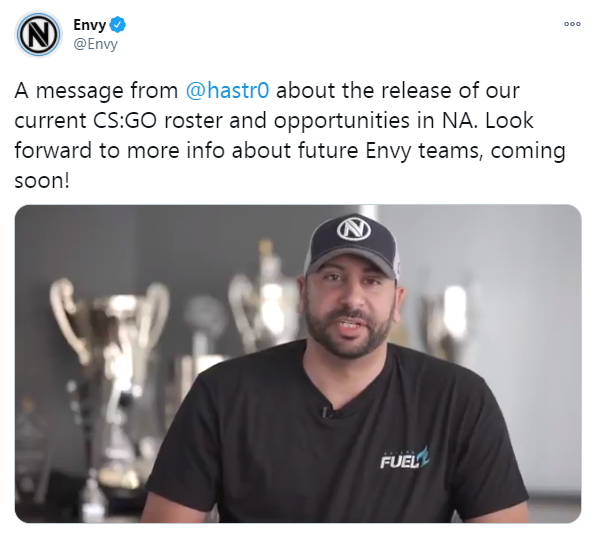 On June 20, 2018, EnVy parted ways with their roster and announced that they will be looking for a roster in America.

The new EnVy lineup was announced at the end of September. It included:

The adventure began immediately. SEMPHIS went inactive after the third week of EPL S8 NA. They took Pollo as a replacement. Having taken the penultimate place, EnVy miraculously retained a slot in the league in the play-offs.

There was no fifth member of the team, and the major was approaching. As a result, it was decided to rent karrigan from FaZe Clan, but they failed to pass the qualification sieve.

Endless qualifications, which failed, the last places at major tournaments, where EnVy still got only for a big name, single replacements, “return” to Europe and the purchase of a slot in the Flashpoint league, which did not pay off in any way.From 2018 to 2021, the team won only $ 118,000 in prize money.The team did not appear anywhere and many viewers on Flashpoint S2 broadcasts were surprised that the EnVy tag still existed and on January 11, 2021, EnVy left from CS, so far only for a while. 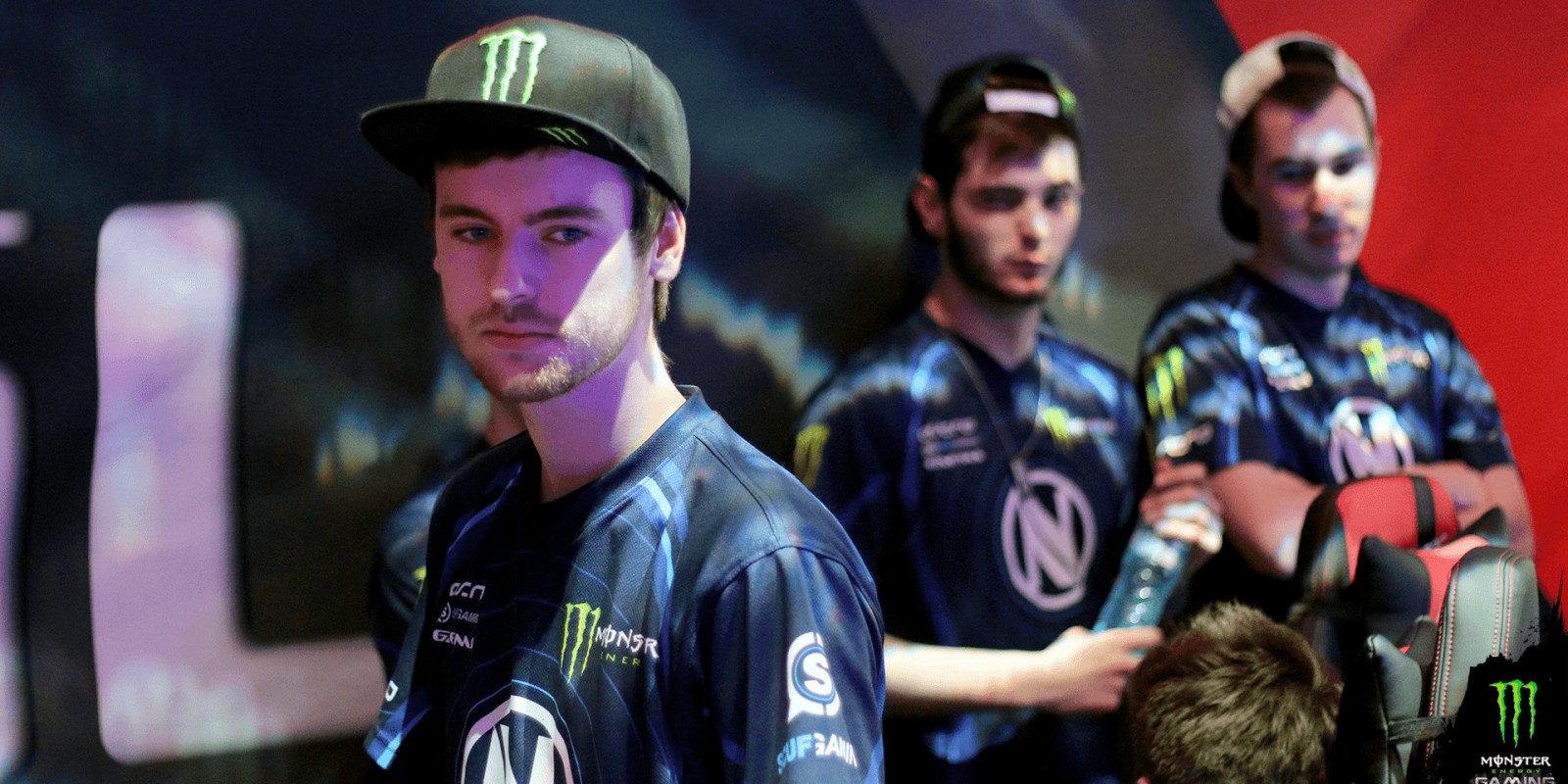 Today you and our editors have observed the history of the fall of the great tag. The organization got rid of its "tumor", which did not generate any income. She has good CoD and Rocket League rosters that generate income, but we hope to see EnVy in CS again and much stronger than before.