"Legendary Domination" - Story of most successful team in the world

Invincible gods showing incredible level of play every year. The most popular and titled team in the world, and the permanent captain who leads the highest-class players to new heights. This is all T1, and now you will learn how the “dream team” was created.

The beginning of a long journey

The team quickly showed results, immediately SKT T1 won IEM Cologne Season 7, and on the wave of success, it was decided to open a second roster, which already included Faker. Surprisingly, Lee Sang-hyeok was recruited despite his lack of competitive play experience for his outstanding ladder performance.

The young talent immediately declared himself and with his game clearly made it clear that he was not a whipping boy.

In the first season for themselves, the second team was more successful than the first. SKT T1 #1 finished 5th-8th and were relegated to the second division, and SKT T1 #2 won the summer split and qualified for the Worlds. And on the fifth map of the final, Faker gave the world what is arguably the best moment in league history.

At the very championship, the team shone. Faker and company took the title on the first try, losing 3 maps for the entire tournament.

In 2014, the balance of power within the organization became polar opposite of what it was in 2013. The S-squad entered the top 4 teams in the Korean region, and SKT T1 K flew into the second league, but were able to score enough points to participate in regional qualifiers to Worlds. This time, NaJin White Shield stood in their way. Faker's team lost in the final 1:3.

The era of absolute domination

Since 2015, organizations in the Korean region have been banned from having more than one roster in the league. SKT T1 merged two rosters into one, and from now on there were 7 players in the camp: MaRin, Bengi, T0M, Faker, Easyhoon, Bang and Wolf.

Faker's team finished the spring split at 11-3. In 14 games, they dealt 9 maps. In the playoffs, SKT T1 upset CJ Entus with a 0-2 comeback, and then swept the GE Tigers 3-0, earning a ticket to the Mid-Season Invitational, where they lost only 2-3 in the final to EDward Gaming.

This state of affairs clearly angered the guys, and in the summer split they swept the entire Korean region with a score of 17-1 in the group stage, and in the final they defeated KT Rolster 3-0. Confident performance guaranteed SKT T1 getting to the World Championship and it was there that they received their title of “Best Team in the World”, having given only one map for the entire tournament, and then in the final. 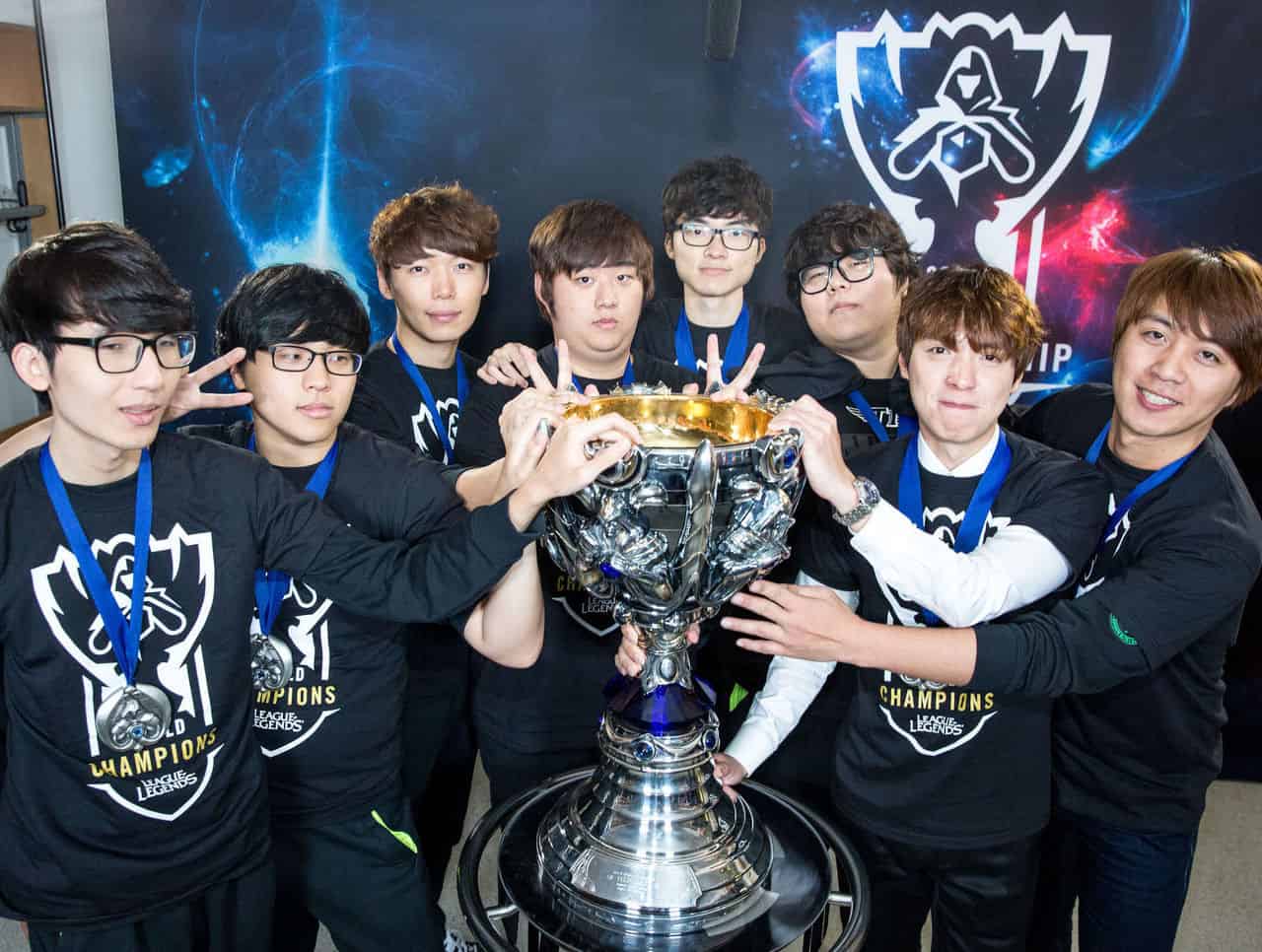 Before 2016, Easyhoon, MaRin and T0M left the team. Faker became the only mid lane in the team, with Duke and Blank replacing the topper and jungler, respectively.

Perhaps these permutations have raised many questions for many. After winning the World Cup, you change almost half of your squad. A risky move, but the Korean titans were not embarrassed. Winning the spring split, MSI, and then the second consecutive Worlds title. This was the peak of their form.

Surprisingly, SKT decided to change part of the roster again. The same top and forest have undergone changes, but also Sky has come to the aid of Faker. In total, there were 9 people in the composition.

The start of the season was good. Another Spring Split title and victory again at MSI.

But the world champions failed to win three times in their region in the summer. Longzhu Gaming won the split 3-1, but SKT were able to qualify for the World Championship on points earned from winning in the spring and second place in the summer.

The group stage was easy. The Korean team made it to the quarterfinals with a 5-1 record, but a bloodbath began in the playoffs. The Misfits played surprisingly well, forcing SKT to sweat on 5 maps, and then there was a principled match against Royal Never Give Up, where, in a bitter struggle, Faker and company were able to avenge second place at MSI 2015.

In the final, they were destined to meet with Samsung Galaxy, with which they had already fought in the decisive match of the Worlds last year. Then the victory was won by SKT T1 with a score of 3-2, but in the summer of this year, both times with a score of 2-0 were won by CuVee and the company.

The finale was a shock to the whole world. SKT couldn't do anything and lost 0-3. 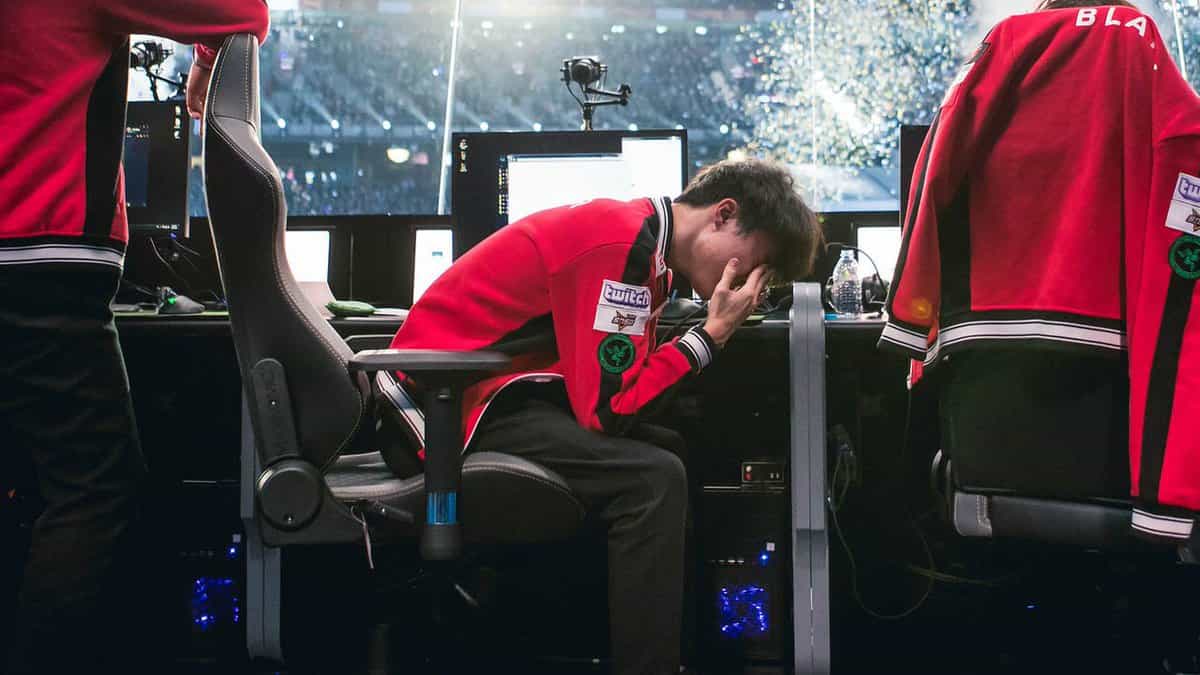 Faker after losing to SSG in the 2017 Worlds final

This photo became a sign that the era of the greatest team in the world is over.

In 2018, the roster expanded to 10 people, there were many changes again, but this did not help the team to avoid failure. This year was the most disastrous in the history of the organization - not a single prize in the spring or summer, a failure in the qualifiers for the Worlds and a 5-8 place in the preseason tournament.

Many managed to write off SKT over this long year, but they were not going to give up just like that. 14 people in the squad, how do you like that? And, oddly enough, it worked. 1st place in home region in spring and summer, and extremely good performances at MSI and Worlds ... Until they met the new G2. Two times in a row, the Korean squad crashed against the new Caps team in the semifinals. Perhaps this was Faker's last chance to regain his former greatness.

In 2020 SKT T1 was rebranded, and from now on they are called simply T1, however, the name change did not affect the results in a positive way. Yes, they were able to win the Spring Split last year, but due to the coronavirus pandemic, this victory did not give the coveted ticket to MSI. Perhaps the pandemic hit the morale of the team, because in the summer, they took only 5th place and lost to Gen.G 0-3 in the final of the Worlds qualifiers.

SKT is a unique team. She succeeds, and this is not enough for her. They win the World Cup, and still change half of the team. Their mid is widely recognized as the best player ever to live, but he is constantly dissatisfied with his form. Perhaps this constant pursuit of excellence is the essence of the team's success, but be that as it may, this approach deserves respect.