It didn't work out with the Brazilians - B8 are changing roster!

The organization B8 Esports has officially announced changes in the roster Dota 2. Brazilians RdO, Duster and SexyFat have left the team, they now play for a mix with an interesting name - De Ferias Com o Ex (translated as "On vacation with the ex").

On social networks, the B8 Esports organization thanked the guys from Brazil for their contribution to the development of the team and the path they traveled together. B8 also promised to announce new players, while only Danil Dendi Ishutin and Sergey TSA Timchenko remained in the lineup. 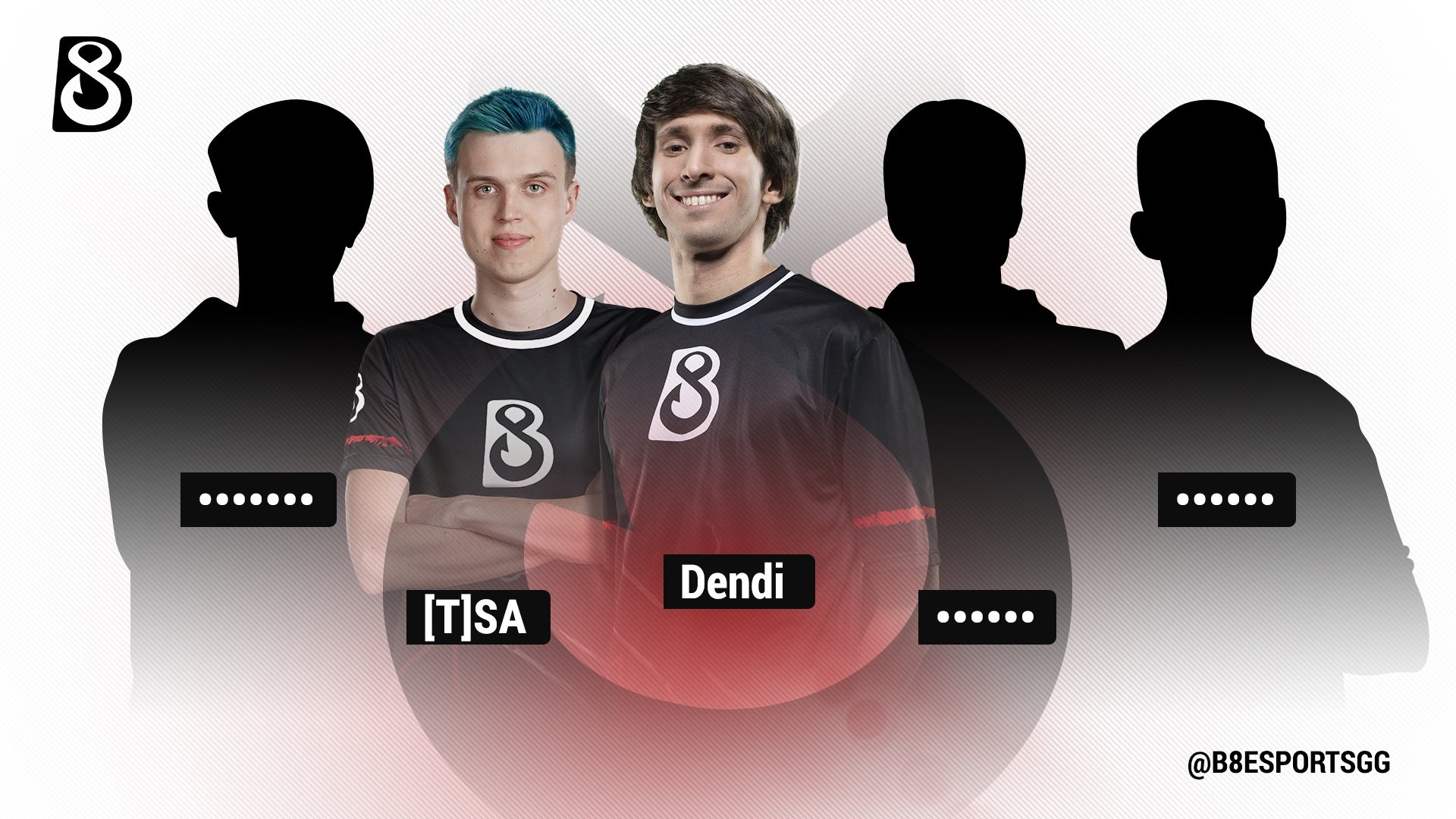 Only Dendi and TSA remained in B8 Esports

Team B8 Esports has received an invitation to the closed qualifier for the second season of ESL One CIS DPC 2021, the qualifiers will be held online from March 18 to 21. Two teams, based on the results of the qualifiers, will advance to the second division.

DOTA2 B8 DENDI TSA
SImilar News
Similar news not found. You can watch these news