The first week of the 11th competitive season has ended and the first leaders have been determined in the regions. In this article, we will tell you about the results of the most interesting games, consider the intermediate results and draw conclusions about the emerging meta.

China has the biggest competition of all regions. 17 teams, matches every day and the highest level of play. After 9 days, Team WE took the lead in the standings with 3-0 statistics. Suning 2020 Worlds finalists are tied for 5th place with 2019 Worlds winners FPX.

It is worth noting that the other two teams that were able to break into the playoffs in 2020 are not doing well: TES is in 11th place, with statistics 1-2, and JDG is in 9th.

Invictus Gaming with a new roster, as well as TES, are in 11th place. 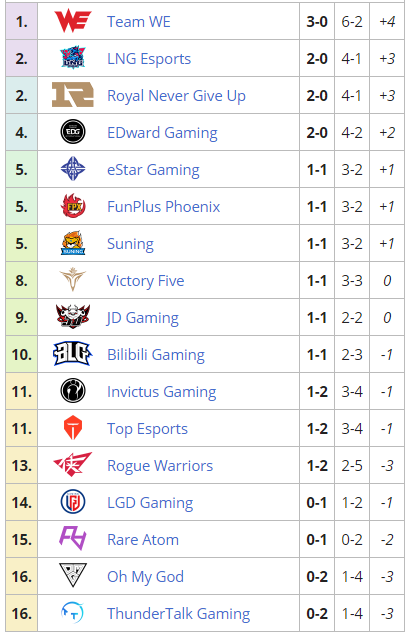 Match of the Week: FPX vs EDG

The match of the week is a duel between FunPlus Phoenix and EDward Gaming.

EDG made a number of replacements, while FPX only got one. Who in the end did this help to gain the upper hand in an important match for the standings? I suggest you find out from the highlights.

No less hot degree of struggle in Korea. After the first week, each team has 2 games and Gen.G became the leaders, who decided not to change their roster in the preseason. Apparently, the management's tactics are working well, but it's worth noting that matches against the favorites of the region are still ahead.

Last year's World Champions DAMWON KIA took second place, losing to Gen.G in the fight for the first position only in the map difference.

Following the leaders of the standings are 6 teams at once with statistics 1-1 and Liiv SANDBOX and Brion Esports close the standings. The latter, in turn, could not win a single map, but the fans should not worry, as there are still 9 weeks of intense games ahead. 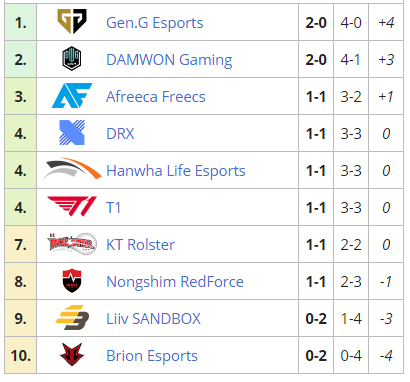 Match of the week: T1 vs DK

The central match of the week was undoubtedly the meeting of the winners of last year's worlds and the most popular team in the world. 3 intense maps of their confrontation set the record for the number of viewers of the LCK group stage of all time (according to Esportscharts) 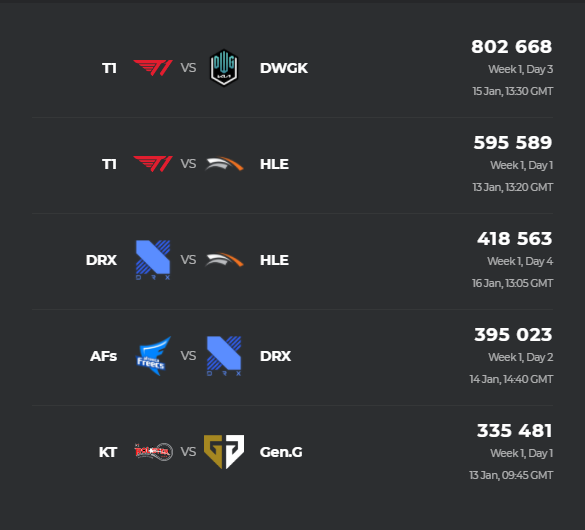 Constant coups, the highest level of performance, no room for error - this is exactly what we expected from Korea.

The last to enter the fight this week were the players of the American region.

Two weeks before the start of the games, Perkz tweeted that he would end the opening tournament without dying, but in the first game he did not keep his promise, having died for Yone 7 times.

Naturally, 7 deaths of the team's midlaner could not allow Cloud9 to win in the first match, however, they were able to rehabilitate in the second meeting and now go in group B with a 1-1 statistics in third place.

Team Liquid did unexpectedly well in their first meeting considering that they are playing with a substitution, but FlyQuest disappointed everyone this week. The team lost both meetings and is rapidly losing its chances of reaching the playoffs of the opening tournament. 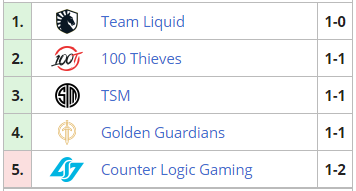 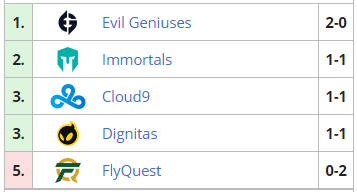 Kai'Sa became the most popular champion of the first week. In all regions, her pick rate and win rate are consistently over 50%. Perhaps in the future we will see the nerfs of this champion. 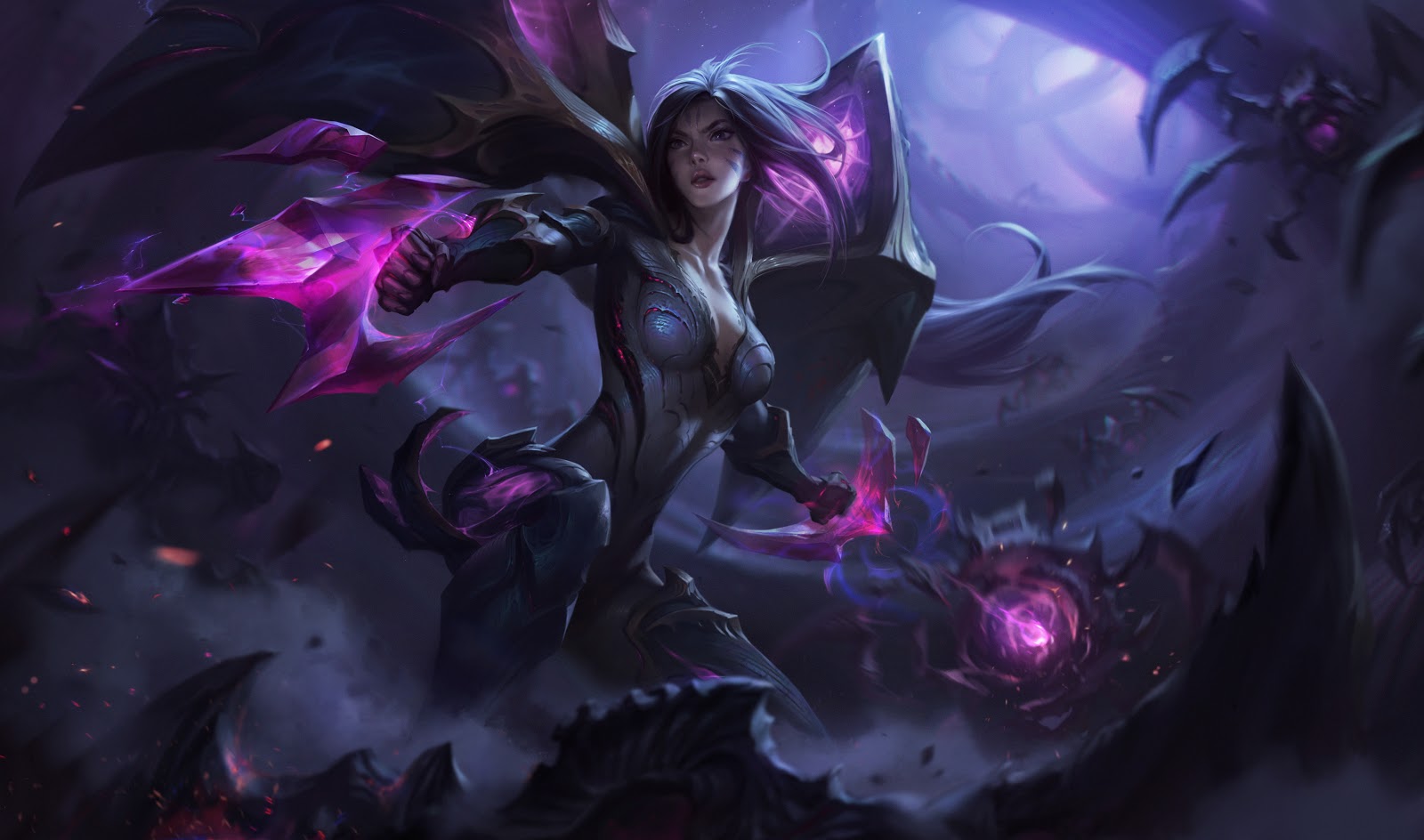 Unpleasantly surprised by Graves. With a very high pick rate, only in America his win rate was fixed at around 50%, in all other regions it is lower.

Jhin and Leona are very popular, especially in China, but together they won only 3 out of 8 games, and with other supports in the Chinese region Virtuoso has only 2 wins out of 14 matches. 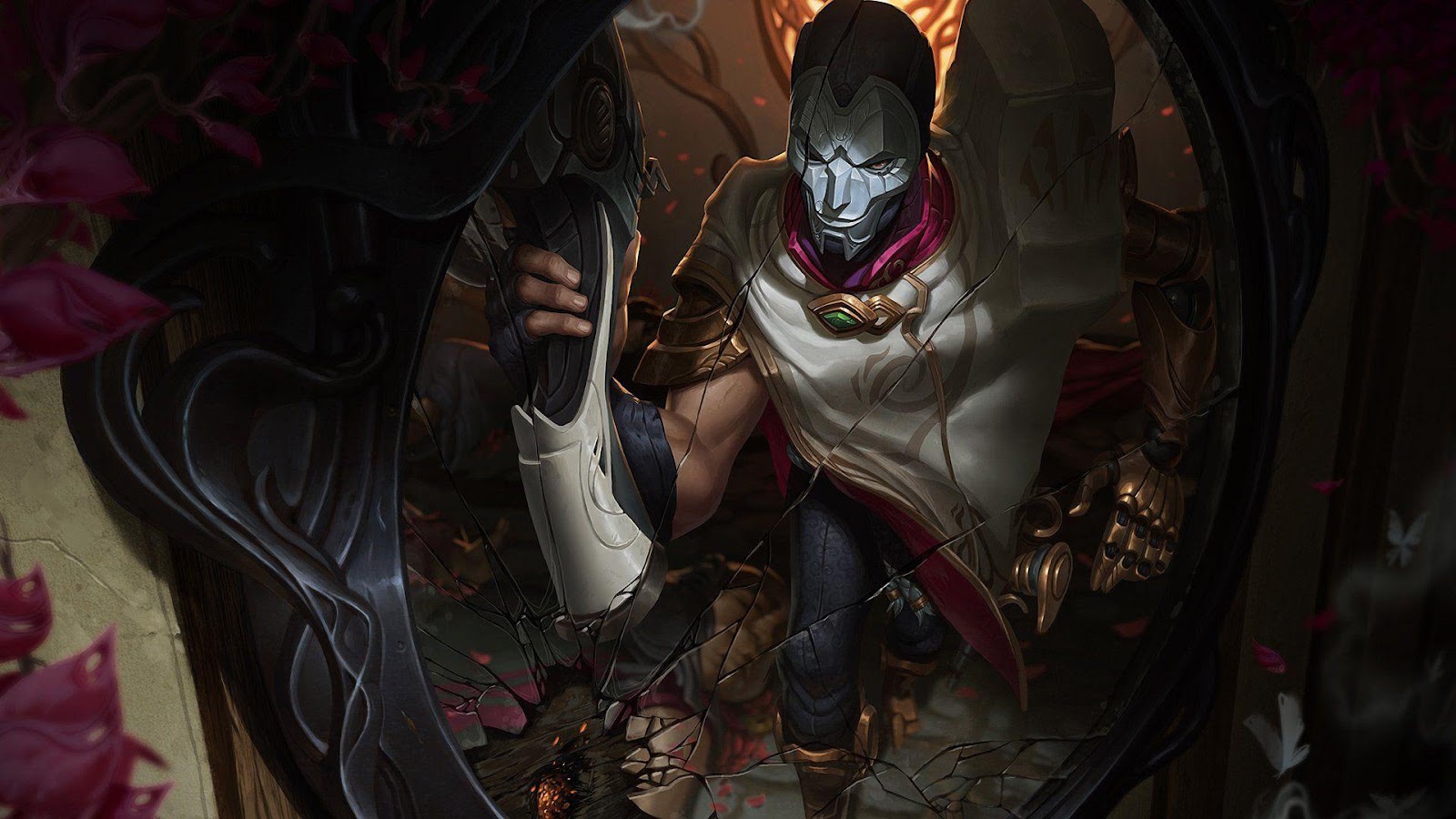 Pantheon and Orianna have a whopping LPL win rate of 86% at 14 games and 67% at 21 games respectively. Despite the nephra before the 11th season, Atreus is still extremely effective as a support.

Samira is very popular in the Korean region. In almost every match, this character appears either in the ban or in the peak. In China, she only appeared in 10 games, of which she won 2. Yone and Seraphine also visited Summoner's Rift this week, but have not gained much popularity among the teams.

Among the sides, as in previous years, blue wins with a win rate of about 65%.

Such was the first week in the gorge. Be sure to read the previous news related to the league on the portal and wait for new materials, as the season is just beginning.