The organizers of ESL Pro League Season 13 Malta held a group stage draw for the upcoming season. Also the schedule is already known - start on March 8!

The format of the group stage is as follows: 4 groups of 6 teams each. Each team will play each in a format best of 3. The top 3 teams will advance to the playoffs. 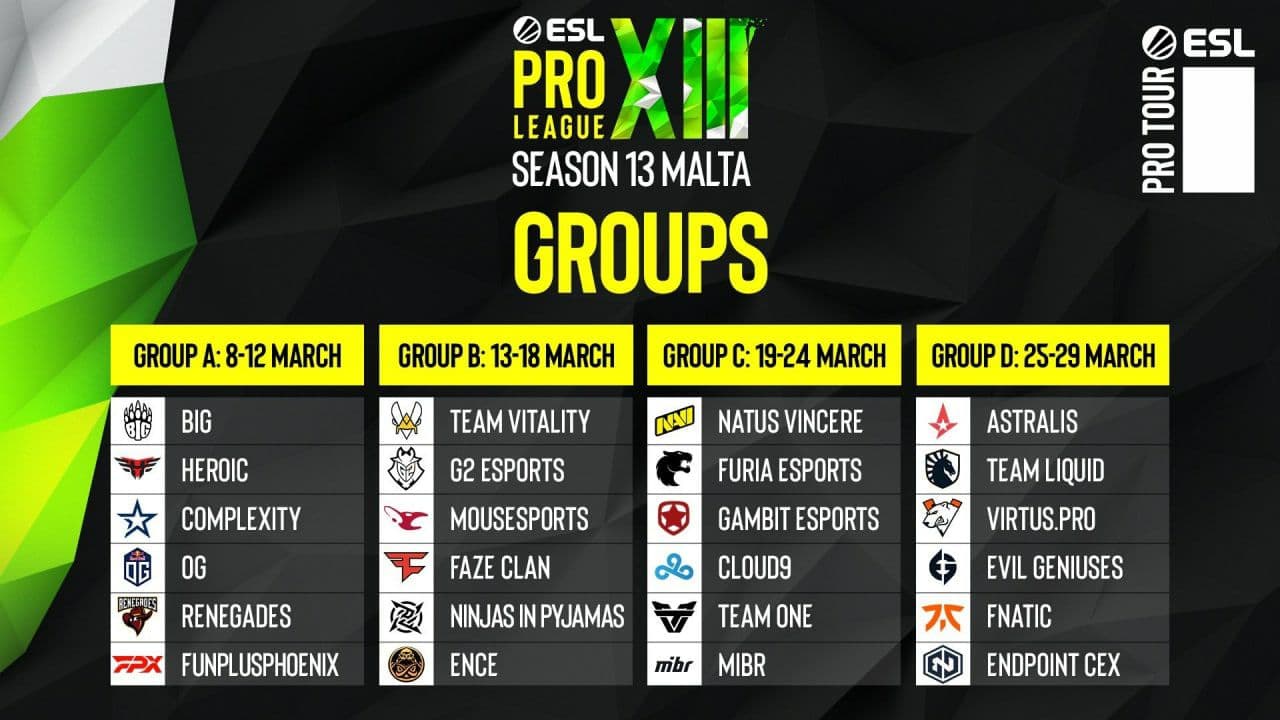