EPIC League S3 Group Stage - Everything you need to know!

We have collected all the important information about the start of the group stage at EPIC League Season 3. The tournament starts today - March 2 and it will last until the 13th of this month.

14 invited teams are known, 1 more team will receive a direct invite, at the time of writing the news, there is no information who will receive it.

Yesterday, the only open qualifier ended, through which the mix made it to the group stage of EPIC League Season 3 - Prosti Esli (Daxak, 9pasha, Lorenof, illusion, eine). 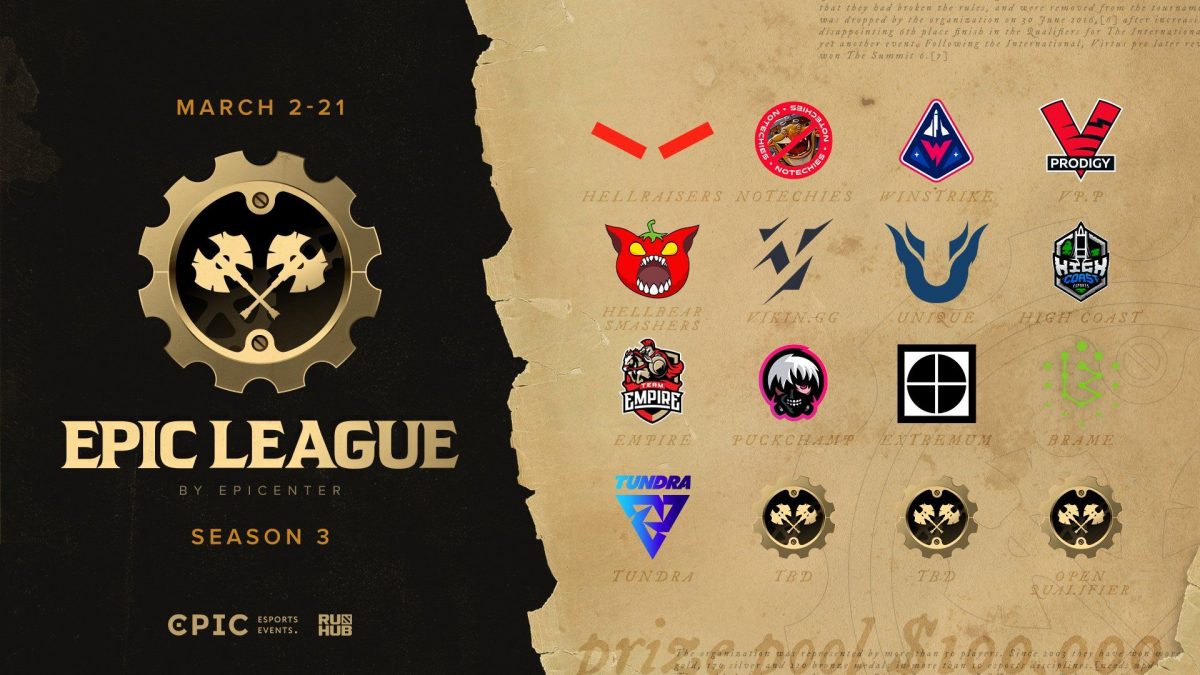 List of teams participating in the EPIC League S3. They were joined by Team Spirit and Prosti Esli

The format of the groups is the Swiss system, to get to the first division it will be enough to win 3 matches and there is an opportunity to lose twice.