The BTS Pro Series Season 4: Europe / CIS Championship will take place online from December 16 to 20. The prize fund of the event is $35,000. 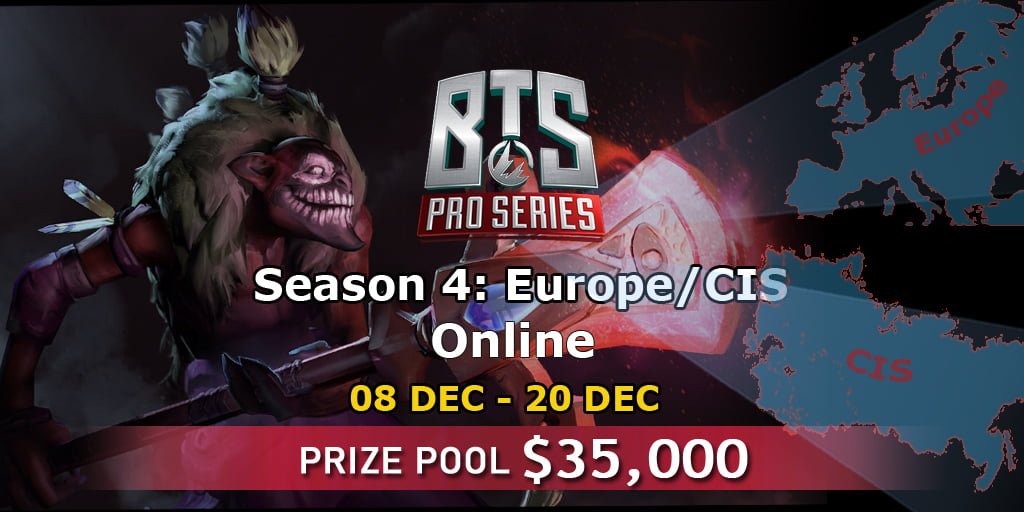 The tournament will be held in two phases, in the first GSL-group, all matches are best of 3, the best two teams go to the second phase.

In the second phase, the system is single elimination, the match format is best of 3, and the grand final is best of 5.

Yellow Submarine and Vikin.gg went straight to the second stage, as they received an invite from the organizers.